SOF Health provides scientifically formulated nutrition products that enhance surgical recovery. Our state-of-the-art products are based on the most current knowledge regarding surgical recovery, thus improving outcomes and benefiting both patients and health care providers. 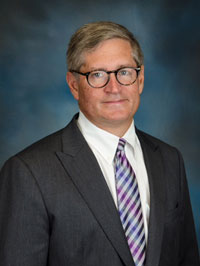 Anthony J. Senagore, M.D., is a co-founder of SOF Health, LLC and has been an academic general surgeon, colorectal surgeon and surgical intensivist. He has served in several academic medical centers as a Professor of Surgery including the University of Texas Medical Branch (UTMB), Case Western Reserve University, Central Michigan University, College of Medicine, the University of Southern California, Keck School of Medicine and at Spectrum/Michigan State University. Dr. Senagore was the Krause-Lieberman Chair in laparoscopic colorectal surgery at The Cleveland Clinic. While at the Clinic, he was also medical director in the Office of Medical Operations and associate chief of staff. Dr. Senagore is a past Director of the American Board of Surgery and a past Chair of the American Board of Colon and Rectal Surgery.

Dr. Senagore earned his medical degree from Michigan State University (MSU), East Lansing, MI. He completed his residency in General Surgery at the Butterworth Hospital/MSU program in Grand Rapids, MI. Dr. Senagore then completed a research fellowship and colon and rectal surgery residency at Ferguson Hospital on the Grand Rapids and East Lansing campuses of MSU. He continued his education and later received his Master of Science degree in physiology from MSU and a Master of Business Administration from the University of Phoenix, San Francisco campus.

Dr. Senagore is board certified in general surgery and colon and rectal surgery. He is a fellow in the American College of Surgeons and the American Society of Colon and Rectal Surgeons. A member of numerous surgical organizations, he is a past president of American Society of Colon and Rectal Surgeons, Midwest Surgical Association, and the International Society of Laparoscopic Colorectal Surgeons.Dr. Senagore specializes in laparoscopic bowel resection and enhanced recovery programs. This work has led to the development of G.E.D. to help reduce the surgical stress response and its impact on surgical complications. 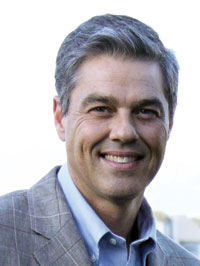 Brian Frank is the co-founder and owner of Hammer Nutrition, a leader in the sports nutrition industry with distribution throughout the United States and in 22 foreign countries. During his 29 years at the helm of Hammer Nutrition, Brian has developed an entire line of fuels and supplements that are completely unique in their effectiveness and natural composition. Brian also pioneered the “less is best” approach to fueling athletes, revolutionizing endurance competition while extending the boundaries of human endurance.

Brian is credited with developing dozens of sports nutrition drinks including Hammer Gel, HEED, Perpetuem, Recoverite, and many others over the past three decades. His most recent publication, The 5 Secrets of Success for Endurance Fueling, provides a road map for athletes to master caloric, fluid, and electrolyte intake in any conditions and for any duration. Optimal pre-workout and post-workout calorie intake is also addressed in this book. In 1992 Brian launched Endurance News, a magazine dedicated to informing and educating endurance athletes in the areas of proper fueling protocols, nutrition, and maintaining optimal health.

Teaming up with leaders in the surgical and medical communities to form SOF Health, Brian has focused his expertise to create a new generation of healthy, low sugar, carbohydrate-based beverages for the specific needs of medical patients pre- and post-surgery. SOF products are designed to improve patient outcome, shorten post-surgical recovery, and reduce costs.